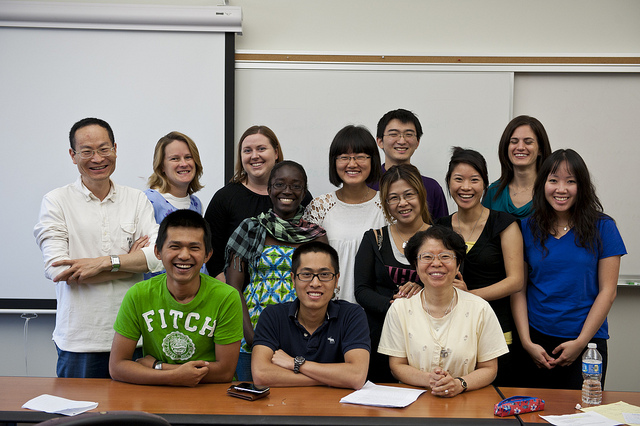 To gain a better understanding of the challenges immigrants face, Ladon Language Team talked to Sue Pon, Director, Oakland Adult & Career Education, Oakland Unified School District. She has dedicated her life to helping people overcome language and cultural barriers to receive an education in the United States and to be successful in life.

“I have been in adult education for more years than you both have been around,” Sue said, cheekily.

In 2008, Oakland was the seventh largest recipient of adult education funding in California. According to the East Bay Express, Oakland had the highest number of immigrants in California. A total of 25000 adult students enrolled for their English as a Second Language (ESL) Programs and Edward Shands Schools was housing close to 60% of this student population.

The purpose of an adult school is to provide multilevel ESL academic and literacy instructions and education to parents. Adult education has been traditionally designed for immigrants, refugees, high school dropouts, ex-convicts, and elderly or disabled individuals. The aim of the programs is to ensure that those who aren’t educated enough to succeed in the workforce can learn to read, write and speak English or even earn a high school diploma. In an adult school, especially in a multicultural district like Oakland, there is a diversity of language and culture as there are students from different parts of the world, mostly Hispanic, Arab, Vietnamese, Chinese parents from all ages.

When immigrants try to settle down, the biggest issue they face is their inability to speak English. The United States is not known for being multilingual, so trying to get a job, making friends or even completing basic chores  like filling a form or even buying food becomes difficult tasks.

Immigrants with limited English proficiency not only  face language barriers, but also cultural barriers. When they see that their way of living, dressing, and thinking differs  from the majority in the host country, they end up either being in an inferiority complex or feeling weak and helpless. When they finally realize they need to enroll into an ESL class, their main goal is to  to learn basic English only. The adult school teachers find it hard to inspire their students to not only learn English but also go to community college and do more in life. When students from diverse cultures join a class, it is important for the teachers and students to embrace the diversity in order to teach and learn successfully.

A worth mentioning story here is about an Arab mother, who was an immigrant. Being a non-English speaker and requiring translation for everything she heard or tried to read caused her to be a stay at home mother. However, she realized that it’s important for her to learn English. She got herself into Oakland Unified School. Initially, she was worried how she will manage taking the classes with a baby but the school offered her free baby-sitting which encouraged her even more. Later, she not only learnt English but also got into a community college, got a degree in Early Childhood Education and went back to Oakland Unified School District as a teacher. She adapted herself to the culture by not only getting a degree and earning but also by earning respect in the society.

However, in 2008, the financial crisis hit California hard. Edwards Shands Adult School was forced to shut down. Patricia Jensen, a former teacher at Edward Shands, recalled fondly, “Every time we go back to Shands to get something, people come out to the parking lot and ask when we’re opening back up.” The closing of the school undeniably left a huge hole in the community.

Despite the drastic budget cut, Edward Shands teachers never gave up. They understood too well the importance of education to the empowerment of underprivileged communities. As the main campus was shut down, classes are held at other “host” schools in Oakland. Despite tremendous efforts, Oakland adult education is still a shadow of its past. It now serves around 1000 students, which is about just 7% of Edward Shands School’s student population at its peak.

The new model hass also brought positive changes. For Arabic moms who are bound by their culture to stay at home, they now have a chance to take classes as classes are now held at their child’s school. Albeit subtle, its impact can propagate.

Sue explained the importance of building family literacy, “How could you ask the kids to study well if their parents don’t think of giving them a space to do homework in the house? To improve quality of education in the long run, you must work with the family and community to get their support. It must be about educating the community, raising income of the community, and having role model in the community.” This also explains her dedication to adult education.

When they see that their way of living, dressing, and thinking differs  from the majority in the host country, they end up either being in an inferiority complex or feeling weak and helpless.